A Lesson from the Master Swordsman

Paul encourages us to take up the sword of the Spirit, which is the Word of God (Ephesians 6:17). When Jesus was tempted in the wilderness (Luke 4:1-13), Jesus shows how the Word of God can be so effective in resisting Satan’s attacks. In this sermon for the First Sunday in Lent, Pastor Frusti connects the events of Jesus’ 40-day temptation to the Christians’ live in the modern world. This sermon encourages every Christian to strive to become a well acquainted with the Sword of the Spirit.

Grace to you and peace from God our Father and from our Lord and Savior, Jesus Christ. Amen.

If you gave up something for Lent this year you will be tempted to give in. Our 40-day Lenten journey is just beginning. There is a lot of time to be tempted in the days ahead.

Jesus’ temptation in the wilderness came right after Jesus’ baptism. His baptism was an awesome event. It took place in the Jordan River. Jesus’ cousin, John the Baptist was the one who officiated at the baptism. As Jesus came out of the water, the Holy Spirit descended on Jesus in the bodily form of a dove. A voice – the voice of our Heavenly Father spoke from the sky saying, “this I my beloved Son, with whom I am well pleased” (Matthew 3:17).

It was right after this mountain top experience that Jesus experienced this 40 day period of intense temptation by Satan. Doesn’t it seem like our emotional highs are so often followed by a deep valley low? Luke 4:1 says, “And Jesus full of the Holy Spirit was led by the Spirit into the wilderness.” And so the time of temptation began. The Bible tells us that Jesus went without food for 40 days. Now, when Jesus fasted, it wasn’t just a diet. It was more than just going without food. When Jesus fasted He was also intensely focused on prayer. The Bible records only a few ways that Satan tempted Jesus in the wilderness. However, I think it is safe to assume that Satan was hard at work tempting Jesus throughout the entire 40-day period of tempting.

As the tempting begins, we see that there is nothing new with the way that Satan tempts people. The devil is not creative. He says to the hungry Jesus, “If you are the Son of God tell these stones to become bread.” It seems like every time Satan tempts he begins by sowing seeds of doubt. This is the way he tempted Eve in Eden. In Eden he began to tempt Eve saying, “Did God actually say you may not eat from any tree in the garden?” (Genesis 3:1). Do you hear him casting his seeds of doubt in those words? Later in the Bible we can actually hear him trying to cast his seeds of doubt with God. In the first chapter of the book of Job we have a glimpse of the invisible spiritual realm. We are told of a day when the angels are gathering before God. The bad angels are there, too. Satan is there. God asks Satan, “From where have you come?” (Job 1:7). Satan responds, “from going to and fro on the earth” (Job 1:8). God says to Satan, “Have you considered my servant Job, that there is none like him on the earth, a blameless and upright man, who fears God and turns away from evil?” (Job 1:8). Satan responds to Job saying, “Does Job fear God for no reason?” In other words, Satan is saying that Job is so faithful because he is so blessed. He’s trying to cast seeds of doubt with God about genuineness of Job’s faithfulness.

So Satan says to Jesus, “If you are the Son of God, tell these stones to become bread”. So, what would be wrong with Jesus turning the stones into bread? He is certainly capable, isn’t he? Is it wrong for Jesus to use His powers to satisfy His hunger? Would it wrong or sinful for Jesus to consume bread that He miraculously produced? Probably not. When Jesus miraculously fed 5,000 people and also 4,000 people with a few fish and loaves of bread He most likely ate that food with His disciples and with the crowd. This time it is completely different. Satan was tempting Jesus to turn the stones into bread as a way to prove that He is the Son of God. Satan knew that Jesus was the Son of God. Jesus knew that He is the Son of God. After all Jesus just came from His baptism where He heard the voice of His Heavenly Father say, “This is my beloved Son, with Him I am well pleased (Matthew 3:17). If Jesus had turned the stones into bread when Satan said, “if you are the Son of God, turn these stones into bread” Jesus would have shown a distrust in the words of His Heavenly Father.

Instead of turning the stones into bread, Jesus said to Satan, “It is written, man shall not live by bread alone” (Luke 4:4). In his description of the Christian’s arsenal, Paul writes, “take up the sword of the Spirit which is the Word of God” (Ephesians 6:17). This is exactly what Jesus did. Jesus quoted the Word of God from Deuteronomy 8:3 where Moses is quoted, “Man does not live by bread alone, but man lives by every word that comes from the mouth of the Lord.” This is exactly what Martin Luther was referring to when wrote his battle hymn, “A Mighty Fortress is our God”. In that hymn he includes the phrase “One little word can fell Him”. Jesus who himself would say, “truly, truly I say unto you. . . “ and who could himself speak with authority as none other turns to God’s Word that has already been written! God’s Word, the Bible is indeed an effective weapon against the devil’s assaults.

The spiritual battles of temptation are nothing new. They have taken place since the days of the Garden of Eden and continue for us today. As it was for Jesus the best weapon we possess for this battle is the Word of God. I hope that you are a student of the Word.

I’ve been intrigued by the first verse of our Bible account this morning. Luke wrote, “And Jesus full of the Holy Sd in his battle. By studying God’s Word on your own, in a Bible study class with others, and listening to the truths of God’s Word taught in church you are on your way to becoming an excellent swordsman with the sword of the Spirit which is the Word of God.

Back in the days when Union Pacific was rolling out its new railroad in the West, one of the obstacles it faced was gorges. These large canyons had to be bridged for the trains to get through. So they built these massive trestles to bridge the gap. On one occasion after one of these large trestles was completed, the builder arranged for a train with enough cars to span the entire new trestle. Then he had the cars loaded to their max. Some of them were even carrying double their normal load size in weight. The builder instructed the train’s engineer to drive the train out across the trestle and stop. The builder had the heavily loaded train park across the new bridge for a whole day. Someone asked the builder if he was trying to break the bridge. The builder responded, “I’m trying to prove that the bridge won’t break. In the same way, Jesus was not led into the wilderness to see if He would sin, but to prove that He couldn’t sin.

What happened in the wilderness between Jesus and Satan is so different than any other encounter between Satan and people. Jesus’ temptation is similar to what happened in Eden. For example, food was involved in both occasions. Satan used food in both situations to awaken distrust of God and God’s Word. However, what succeeded in Eden, the land of plenty, failed in the destitute desert. What succeeded in the case of Adam and Eve who were well fed failed in the case of Jesus who was in great hunger.

This One who defeated Satan in the wilderness would continue to live the perfect life that we cannot live. His perfect live would lead Him to a cross in Jerusalem where He would be crucified and sacrificed as payment for every time we gave into Satan’s temptations. The Bible explains this perfect Man’s crucifixion with these word, “God made Him who had no sin to be sin for us so that in Him we might become the righteousness of God” (2 Corinthians 5:21).

May we place our trust in this Master Swordsman of the Sword of the Spirit. Amen.

2 Corinthians 4:8 (ESV) “We are afflicted in every way, but not crushed; perplexed, but not driven to despair;”
Digging Deeper Study:
Read again the account of Jesus’ temptation by Satan in the wilderness. The account can be found in Luke 4:1-13. What does Hebrews 4:13 say about the temptations that Jesus faced?
What does Luke 4:13 imply about Satan’s tempting.
What promise does God give you in 1 Corinthians 10:13? How will you utilize this promise the next time you are being temped?
At His temptation in the wilderness Jesus provides evidence of the truthfulness of the claim in James 4:7. Look up James 4:7. How will you use this verse in your daily walk with and for God?
Tags:

Pastor Frusti has been serving at Trinity since 2008. He enjoys teaching the Word of God and challenging God's people to daily be a blessing in the lives of others. 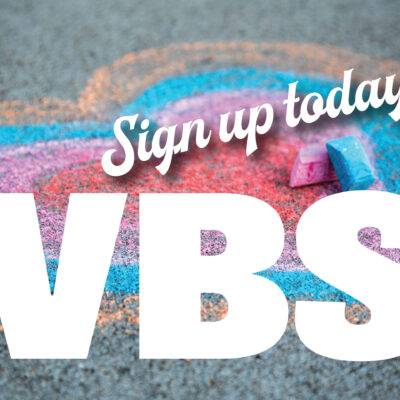 Welcome! We are so glad your child will be joining us for Vacation Bible School!... 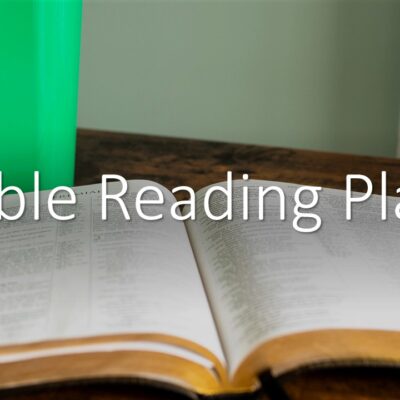 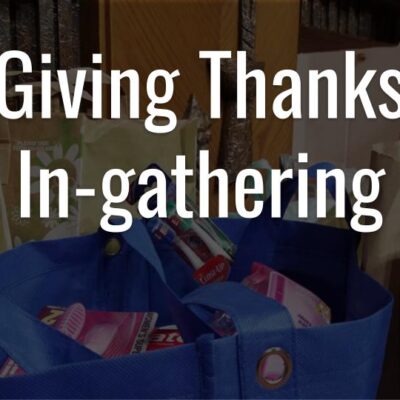 God teaches in His Word that there is great blessing and peace in contentment and... 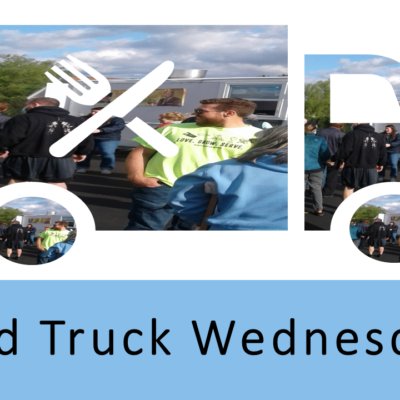 While 2020 has been a challenging year, our church has adapted to our different world... 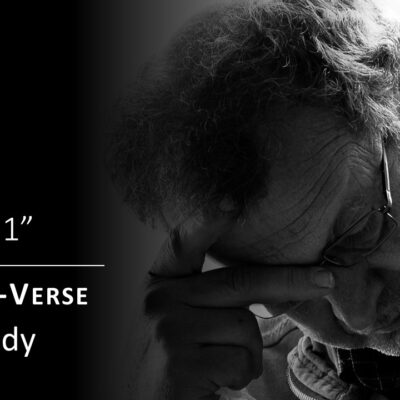